Music Was My First Love...

DJ Lucci found his passion for music at a very young age and thus started to build his extensive record collection. In his early teens he would supply the music for friend’s parties and also his local youth club. It wasn’t until he was in his mid twenties that he started to make a career out of DJing, also in that time he help promote a string of very successful club events based in the South-East of England. Soon after this Lucci then moved to Sydney Australia where he spent seven months DJing for many well known promoters, bars and clubs. His big break came when he got back to the UK and won a DJ competition that landed him a six year residency at the world famous BAR M in Ibiza. He also had a weekly residency at Manumission, the biggest club event on earth held in Privilege the world’s biggest club. In that time he compiled and mixed two of their globally selling albums. This launched his DJing career to new heights and saw him play at many national and international events around the world. For over the last 10 years Lucci has resided in the UK where he has focused on playing mainly at the wedding/private event sector of the music industry which has seen him have equal success and his DJing career going from strength to strength. His aim is to supply a very friendly professional service playing great music for a fantastic memorable occasions.

If you would like to see more about my club & bar days, 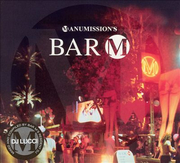 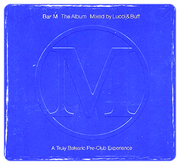